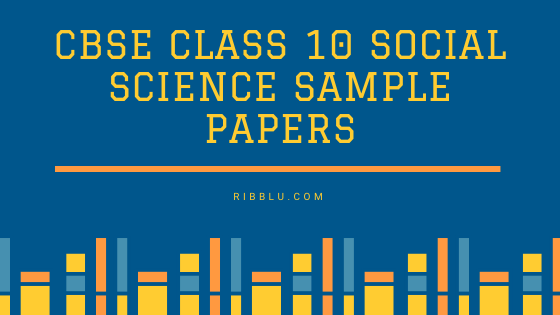 This practice paper is designed as per the CBSE latest sample paper 2019 given on CBSE site. General Instructions:

A. Liberalisation B. Information and Technology

A. Do not want to work B. Are working in a Lazy manner

C. Are working less than what they are capable of doing D. Are not paid for their work

A. Leaders B. Active Members C. Followers    D. All of the above

Assertion : Culture played an important role in creating the idea of the nation.

Reason: Weavers in Silesia had a revolt against contractors who supplied raw material and gave them orders for furnished textiles but drastically reduced their payments.

Assertion: In 1917, Gandhiji organised a Satyagraha to support the peasants of the Kheda district of Gujarat.

Reason: The peasants were affected by crop failure and plague epidemic. They could not pay the revenue and were demanding the revenue collection be relaxed.

Assertion: The new reading culture was accompanied by a new technology. Reason: There was a gradual shift from hand printing to mechanical printing. Option

surpluses and deficits of its member nation.

and examine the quality of cloth.

Mention any one importance of pipelines in transportation?

Mention the role of Regional parties in Democracy?

Why growth in tertiary sector is Important?

How does money solve the problem of double coincidence of wants?

Why is foreign trade important for countries like India?

“There is a pressing need to use renewable energy resources.” Justify this statement.

What is the main criterion used by the World Bank in its development report in classifying different countries? What are the limitations of such criterion?

Q. 23 Why is there a great need to expand formal sector of credit in India? Explain with three reasons.

How Reserve Bank of India keep an eye on the functioning of other banks? Why is it necessary?

Explain the role of Bismarck in the unification of Germany?

How did the local people and the colonial government react to the Civil Disobedience movement. Explain.

Mention the significance of Information Technology industry in India.

Following questions are only for visually impaired students in lieu of question no 35. (Attempt any Six)