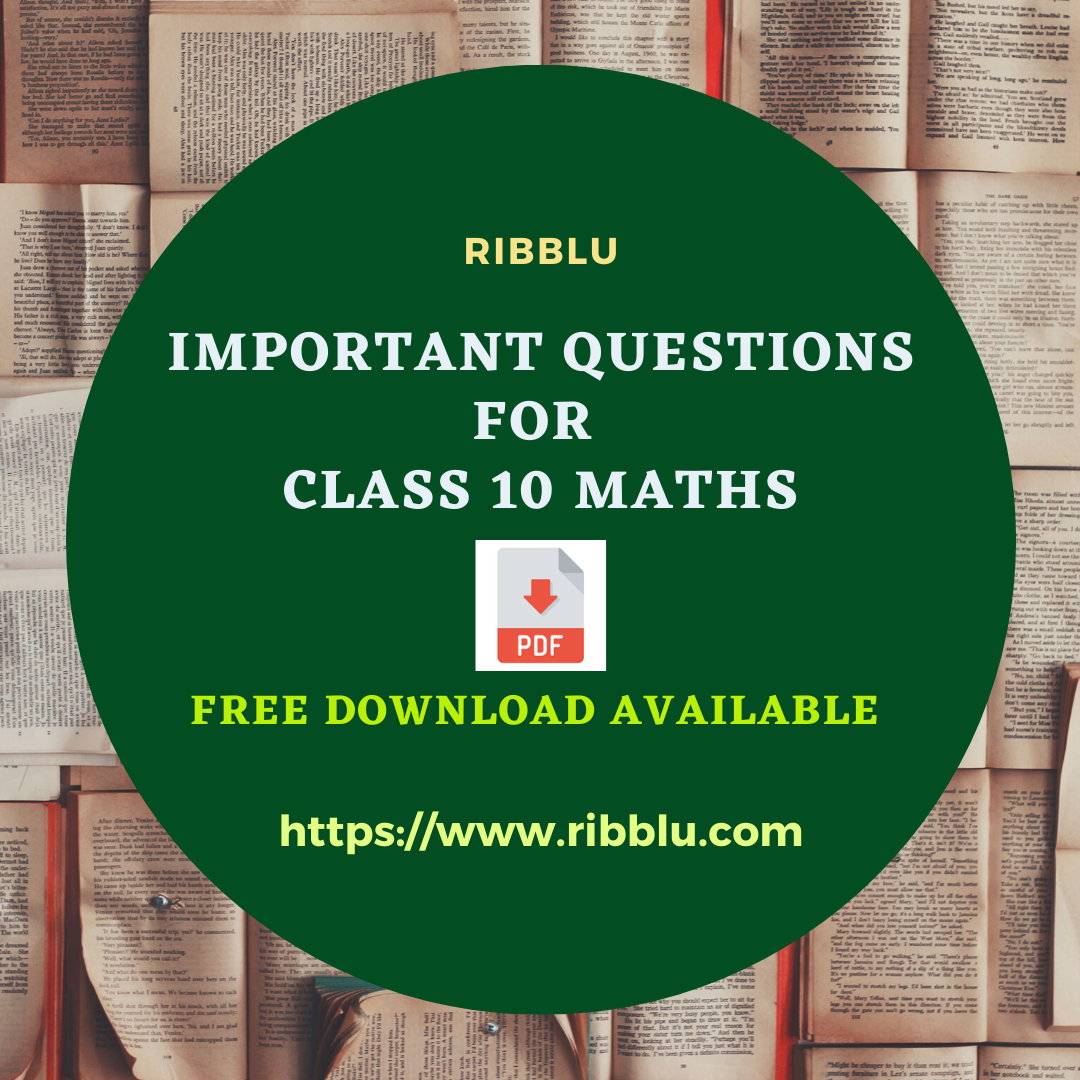 Euclid’s division lemma, Fundamental Theorem of Arithmetic – statements after reviewing work done earlier and after illustrating and motivating through examples, Proofs of irrationality of √2, √3, √5. Decimal representation of rational numbers in terms of terminating / non-terminating recurring decimals.

Zeros of a polynomial. Relationship between zeros and coefficients of quadratic polynomials. Statement and simple problems on division algorithm for polynomials with real coefficients.

Motivation for studying Arithmetic Progression, Derivation of the nth term and sum of the first n terms of A.P. and their application in solving daily life problems.

Chapter 9: Some Applications of Trigonometry

Important Questions On Circles for Class 10 with Solutions

Motivate the area of a circle; area of sectors and segments of a circle. Problems based on areas and perimeter / circumference of the above said plane figures. (In calculating area of segment of a circle, problems should be restricted to central angle of 60º, 90º and 120º only. Plane figures involving triangles, simple quadrilaterals and circle should be taken.)

Surface areas and volumes of combinations of any two of the following: cubes, cuboids, spheres, hemispheres and right circular cylinders / cones. Frustum of a cone. Problems involving converting one type of metallic solid into another and other mixed problems. (Problems with combination of not more than two different solids are taken.)

Questions on Surface Areas and Volumes Class 10 with Answers

Classical definition of probability. Simple problems on finding the probability of an event.